More than Staffing Solutions: HMG+, a Day in the Life 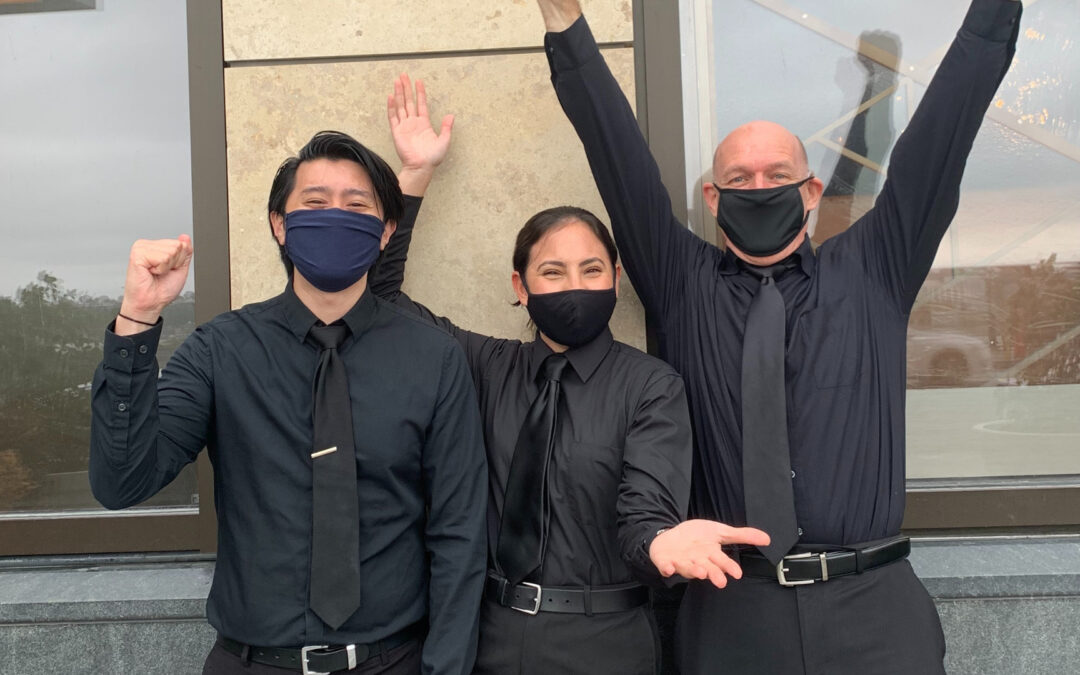 It was a bright and beautiful summer day, crystal blue skies, a steady purr of activity on the streets of Brooklyn. I was on my way Frankies, the meeting place for the HMG+ team. The air around Frankies 457 Spuntino, a restaurant in Cobble Hill, was sweet and several other restaurants had wedding fetes adding to the excitement. I was in crisp pressed black slacks, vest, tie, and white button down shirt. I was greeted by my lovely and whip smart captain, Terry.  He ran through the ground rules, the roster of our team and we signed one form or another.  Then we were loaded into the vans to take a journey out to the Hamptons. It was my first shift for HMG+ and I was on a road trip to the Hamptons!

The driver was Luca, a bartender and event manager for Frankies, he was also an event planner. He delved into his experiences across this country and the world working on events. It was extremely interesting to hear the passion he had in his voice for bringing people together and making them feel welcome. It made a lot of sense to me as a member of HMG+. We’re trained from Day 1 to bring the passion we have to hospitality to every event, large or small.  HMG+ in general works with clients that have a similar outlook on hospitality and building community. This core principle is centered in everything that we do and it means we get to partner with pretty spectacular individuals.

When we arrived there was already a flurry of activity afoot. Our corporate captain Richard Hawk has spent the morning and afternoon building our workplace for the evening.  This included a cocktail reception, two large buffets, and 20 tables set for 12.  It was a mammoth undertaking but he wasn’t sweating. His kind and confident tone made everything feel possible as he laid out the epic timeline and assigned roles for everyone. Then it was showtime!

I was passing and bussing to start. Offering white wine, sparkling wine, and sparkling water.  Everyone was a fly in our trap, and we closed in around them. Of course it was with love that we passed the wine, hors d’oeuvres, and collected the glassware. All the guests were gracious and intuitive, signalling their thanks with words or a nod of the head. Then it was onto the main event, which in this case was under the “Big Top”, a huge tent that would ensure the event happened rain or shine.

As the guests were seated, I poured, either a delicious red or effervescent white. The buffet’s order meant that some tables, including mine, had some time to spare so they talked freely. As plates were filled, I spent time assisting my table’s seating arrangement, adding and taking away dishes or refreshing beverages running along a hidden highway the entire event from tent to kitchen.  As the meal concluded, I watched as the team made deft sweeps of the tent and thoroughly cleared until only the beverages and centerpieces remained. Now the guests departed and the real fun began!

To tear down this incredible event had to happen. I was nervous about how to get everything from the tent to the trucks and the staged loading zones. However, piece by piece by piece we pared it down to just a tent. All the tables were rolled or carried to the appropriate spots, the remarkable hidden paths, makeshift kitchen, and sanitation put away. Now the road trip back to beautiful Brooklyn! As I made my way to the van, dazed by the precision of the planning, we were lined up and given a small card from the host. This gesture is a reminder of why HMG+ is a unique place to work, they really care and it’s reciprocal. I went home in the dewey summer night air, holding the kind card from our hosts, grateful for the opportunity to be a part of something bigger than myself.