The Language of Hospitality 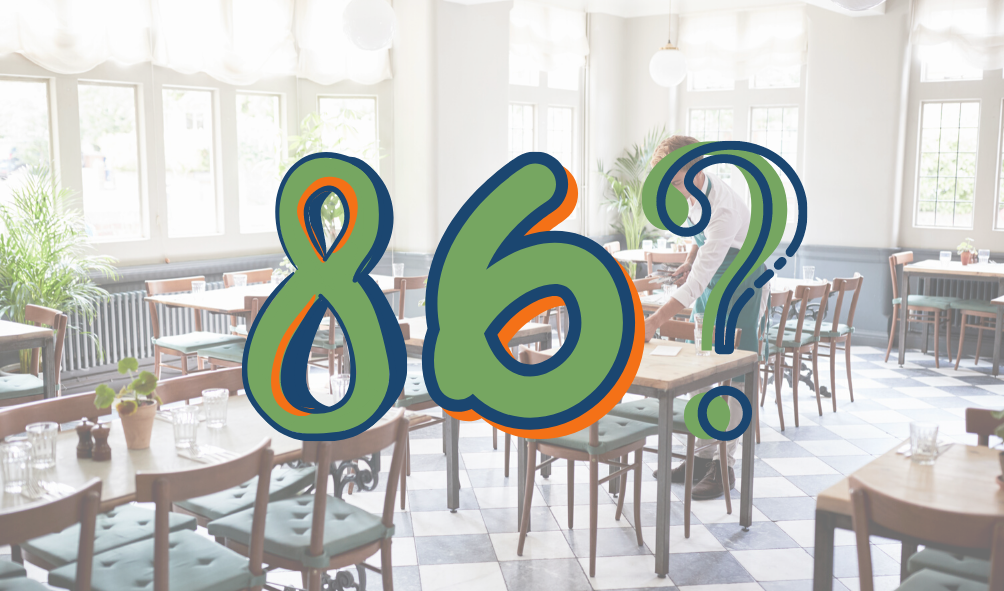 I guess it’s everywhere. I see it. I hear it. The new guy knows about it. My chef is obsessed with it. The manager and the bar manager keep slipping it into their otherwise normal conversation. The bussers, the runners, the waiters, EVERYONE is saying it. Sometimes it’s said like the answer to the question on a test that just came to you. Then it’s said like a hopeless gunner during a raid and their position is about to be overrun. Then it’s a retort from the accused. I don’t know what the crime is except for ignorance. My ignorance. Why are we saying “86’d”? I’m certain it must be a verb. There are nouns that have been 86’d: our whole fish, the Vesper cocktail, medium ramekins (temporarily), and Timothy (he wasn’t feeling well and went home early). I better learn quickly or maybe I’ll be 86’d. Like a new language it catches on without doing much research or actually asking questions, I just start using the vocabulary based on context clues. I realize that 86 isn’t a thing, it’s a lack of something.

Then I started asking people and the summary was, “It means we’re out of something”.  Brilliant.  I rolled my eyes and became obsessed.  Not Jim Carrey in “Number 23” obsessed but pretty focused. The last bastion of all knowledge, the internet, set my mind at ease. This mythical tool of the industry had roots in electrical maps.  An 86 was the “master relay trip”, it would shut down the whole grip when turned.  One put an 86 into a grip to save it from blowing up. How poetic for hospitality, if we let one dish, one cocktail, one guest, or one anything stop us from moving on with an event or an evening of service, then we’d effectively blow up the system. We 86 things to save the “grid” and keep delivering the “juice”. There’s another story about 86 Bedford street, and a speakeasy called Chumley’s which required guests to “86 it” when the prohibition police showed up.  And another of a famous guest in a novel that is refused service or is “ 86’d” from a local haunt in the book. I believe the best way to define 86 is as the failsafe that keeps our systems functioning. It is my sincere hope that, regardless of how you define it, we all stay on the right side of 86!