Hospitality and the Phases of Reopening: An interview with Howard Kalachnikoff of Rolo’s Restaurant 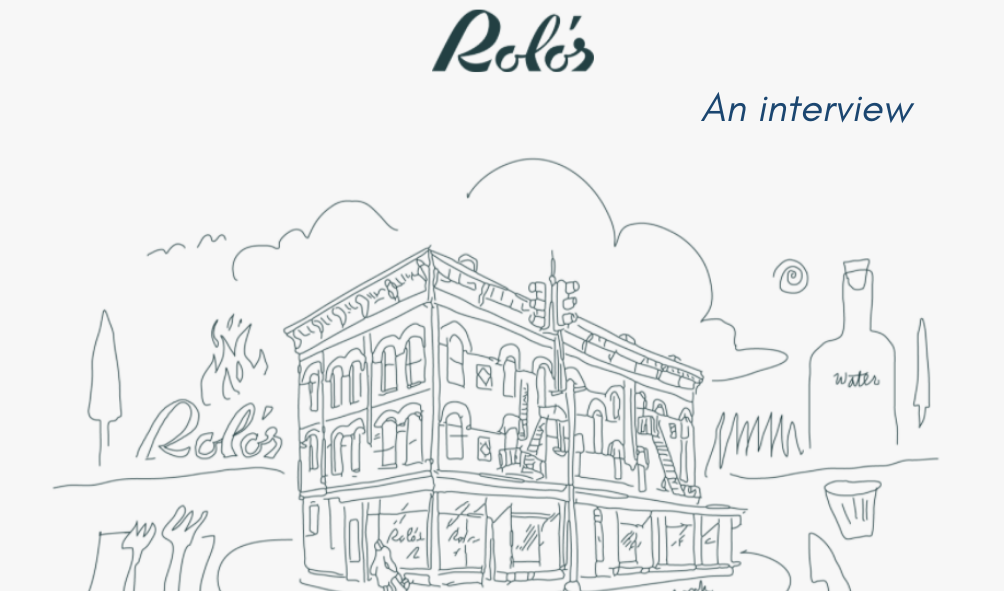 The HMG+ family has a core principle: build community. It may seem like community and hospitality are synonyms but that’s not always the case. Too often it’s shared stress, not community, that builds relationships while working in hospitality. The hot plates, fast pace, and high stakes tend to create fight or flight responses. A healthy community, with respect and trust can prevent these situations from becoming stressful. Our training prepares us for this, as well as a variety of remarkable circumstances.

No amount of training however, could prepare you for opening a restaurant during a pandemic. Opening a restaurant. During a pandemic. Even with our deep knowledge and experience, we would be hard pressed to meet this enormous challenge. I had the pleasure of discussing it with an industry professional, Howard Kalachnikoff. Howard is a chef, alumni of the Gramercy Tavern, a restaurant owner, and creative culinary mind. His new restaurant is Rolo’s in Ridgewood, Queens. I spoke with him about how he views the response from the hospitality industry and how he’s preparing to move forward during COVID-19.

Howard says a “lack of unity in this moment” is a major reason that the industry is so rudderless. Hospitality is further mired by “the competition having such high stakes” and the “messaging not matching the actions” by restaurants. It’s true that during healthy times there’s a lot of restaurants competing in NYC on multiple levels: social media, press, awards, and word of mouth. But this pandemic has released the hounds in a dog eat dog push for who can capture what’s left of the market. In Phase 1, everyone was essentially on the same playing field, but Phase 2 allows restaurants to utilize sidewalk space and “one parking space not inside a ‘no standing’” zone. That has caused the industry to have a “unifying message but not unified actions that could result in the government pulling licenses and certifications”.

I asked how he’s meeting the challenge of an industry that says one thing then does another. “We’re focused on our neighborhood and how we can best serve them and as a byproduct, serve ourselves. We’re following the Phase 2 suggestions, and the long lists of guidance for restaurants.” He explained that some of his fellow chefs and professionals have “over extended themselves or created unrealistic promises” that don’t serve anyone well in the long run. He and his fellow owners, Rafiq Salim and Paul Weitzel, also Gramercy Alumni, saw friends turn their restaurants into grocers and mutual aid kitchens. With their venture, Rolo’s, still in its nascent stages, they wondered if it was time to pivot in a similar way. Howard cites himself, “we thought about our neighborhood, where can we contribute? They don’t need competition” with the local businesses.

I was grateful to hear his focus on community come through so resolutely. HMG+ is founded on this principle and regards it as one of their core values. Similarly, Rolo’s is authentic to Howard’s belief in the business being of service to the neighborhood. This wasn’t time for a “dichotomy of feelings” like other chefs saying they’ll follow guidelines, then throwing them out the window to try and cash in on a busy summer night. If they’re going to SAY something, then they need to be ready to DO something.

So, his team decided to stick to their original mission: opening a full service, neighborhood restaurant. The caveat: to do it with a paired down family style menu. “I want to be sensitive to the [local] budget and invest in one curated menu for the neighborhood.” They now offer a full meal (4-6 dishes) for $29 dollars. They’ve sacrificed “covers” for safety by including plenty of space for social distancing, requiring masks while away from the table, and requiring temperature checks before work. Even with a paired down staff, menu, and seating he’s able to provide an incredible value that stays true to the mission of the restaurant, builds community in the neighborhood, and creates jobs.

While the industry at large lacks direction, our individual actions become even more important. That means having core principles that guide you in business and in life. Creating “opportunities for people to learn, grow, and challenge stereotypes” might not make you a million dollars but it creates value. Professionals, neighbors, and businesses coming together builds impactful relationships which pay long term dividends. Howard believes that the keys to success in this moment are “not reactions” and to “practice humility.” At HMG+ we couldn’t agree more as we transition from one Phase to the next, we’ll be following through with our commitments, learning from our mistakes, and leading with our core values to help guide us through the new normal.