Hospitality Made Me Great 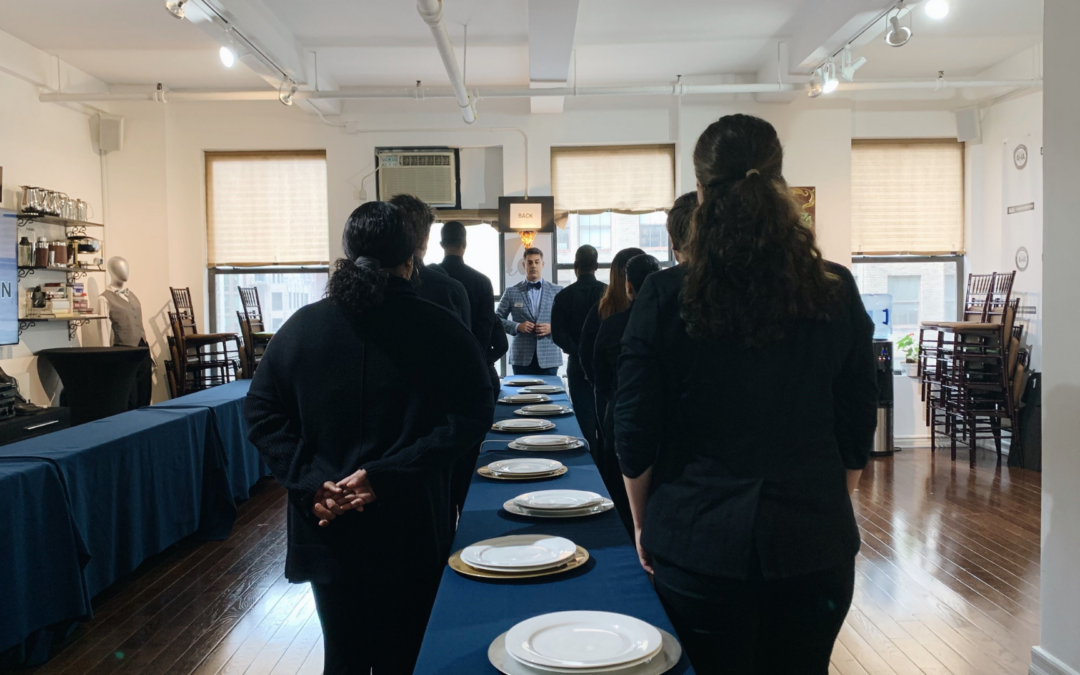 “How do you get to Carnegie Hall? Practice, practice, practice.”  It’s a classic.  It’s message is pure. I have to say it feels the same way in the hospitality field.  “How do I become a bartender?, Manager?, Captain?” It’s the same set up with a more elaborate “punchline”: Performance, Personality, Punctuality, Presentation. Truly those four things have guided my last 13 months, not just at work but outside of work too. It’s incredible how striving for a higher standard than wherever you’re starting at will improve your life. For me it happened like a magic trick: Stephen Ruggieri, HMG+’s Director of Training raised an eyebrow, put four fingers up and counted down those four pillars of service excellence. It was amazingly effective on me. The next couple days of training allowed me and others to step up and practice the “Four P’s”. If I want to make it to the next level, then I needed to work on those aspects of my character.

I didn’t wait long before our Employee booking system offered me a gig for a party on Long Island. I felt like I’d been selected to be on a TV show to compete for a million dollars! I tried to remember how to get wrinkles out of my shirts. So I called my mom. “Are you using an Ironing Board?”, she said as I looked at my shirt laid out on the bed I realized that I was ill equipped to hold the title of “professional”. I arrived early (punctual) to Frankie’s in Cobble Hill and was loaded into a van, then driven out to meet a crew that had been preparing for our arrival. I still felt like I was on a TV show with the stately grounds, sumptuous spread, and sharply dressed guests.  As we decompressed after the toil of service and tear down, I was relieved. It was honest work that when executed well brings a calm to a person.

After about seven months I was no longer “thinking I’m in a TV show”, I was actually living the Four P’s like my life and my livelihood depended on it. I’d developed a rapport with certain accounts that requested me and developed a working relationship with the President of HMG+ Karen DiPeri, and CEO Michael DiPeri. They were genuinely cut from another cloth when it comes to going above and beyond for their staff. I spent over 10 years tending bar, and even at the finest restaurant or the most hipster craft cocktail place, we were never more than warm bodies that might have a good idea here or there. We were place holders to fill out the schedule.  HMG+ titled their staff, Service Professionals, and something as simple as that was powerful for me. It immediately set my work apart from anyone else’s because I was a professional.  She must’ve seen something in me too because I was invited to fill the much sought after role of Captain.

And then it happened, I’ve already discussed IT happening but, it meant there wouldn’t be much captaining for a while. It was our time in the desert. We were wandering for months until an email introducing virtual quarantine chats or “Quaranchats” came my way. I went to every one I could. It ignited something in me. It was virtual but it was all of us struggling and overcoming various hardships together, trying to make sense of what was happening.

Sharing and preparing for these talks meant that I got to know my corporate team on a personal level and they got to know me too.  It was unique in our field to be in direct dialogue with the higher-ups about their business and the state of our industry. Now it’s been over a year since I started with HMG+. The struggles of adapting to changes in the business might be enough to put some people off from working in hospitality. Not me. HMG+ gave me the map to where I want to go and all I need to do is practice the Four P’s.